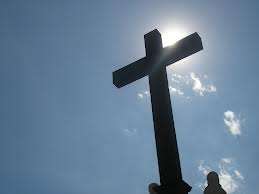 What is this? This is a blog that will feature articles on Faith aka in my case, Christian Beliefs, and about Technology. In the case of Technology, the articles will be about what is interesting, shocking, concerning, and cool. Paranoid often? You should be. The world of Technology is a scary place. Like cool gadgets? Me too. So from time to time I will feature articles on the latest technologies and gadgets. As much as possible I will try and take Techno-babble and translate it to English.

As for Faith, insights based on my studies, prayers, and feelings about my Christian Faith. I don’t expect you to agree with me. I am not an Apologist. I know the issues with many so called Christians is we are judgmental. This means we are not living our Christian faith as we should. It is not our place to judge others.

At times I think I would prefer to be called a Disciple of Jesus. Christians was actually a derogatory term the Romans and others used to call the early Christians. At some point we adopted it for others of our Faith to be called. In Acts 19:23 Christianity was referred to as “the Way”.

I am not Seminary trained, so all of my thoughts are supported to the best of my ability based on my Layman’s understanding of the Bible. I normally read the New International Version, but I also like the Common English and the New King James version. I was raised on the King James Version so some Bible verses are in this format because they don’t sound the same in any other translation to me.