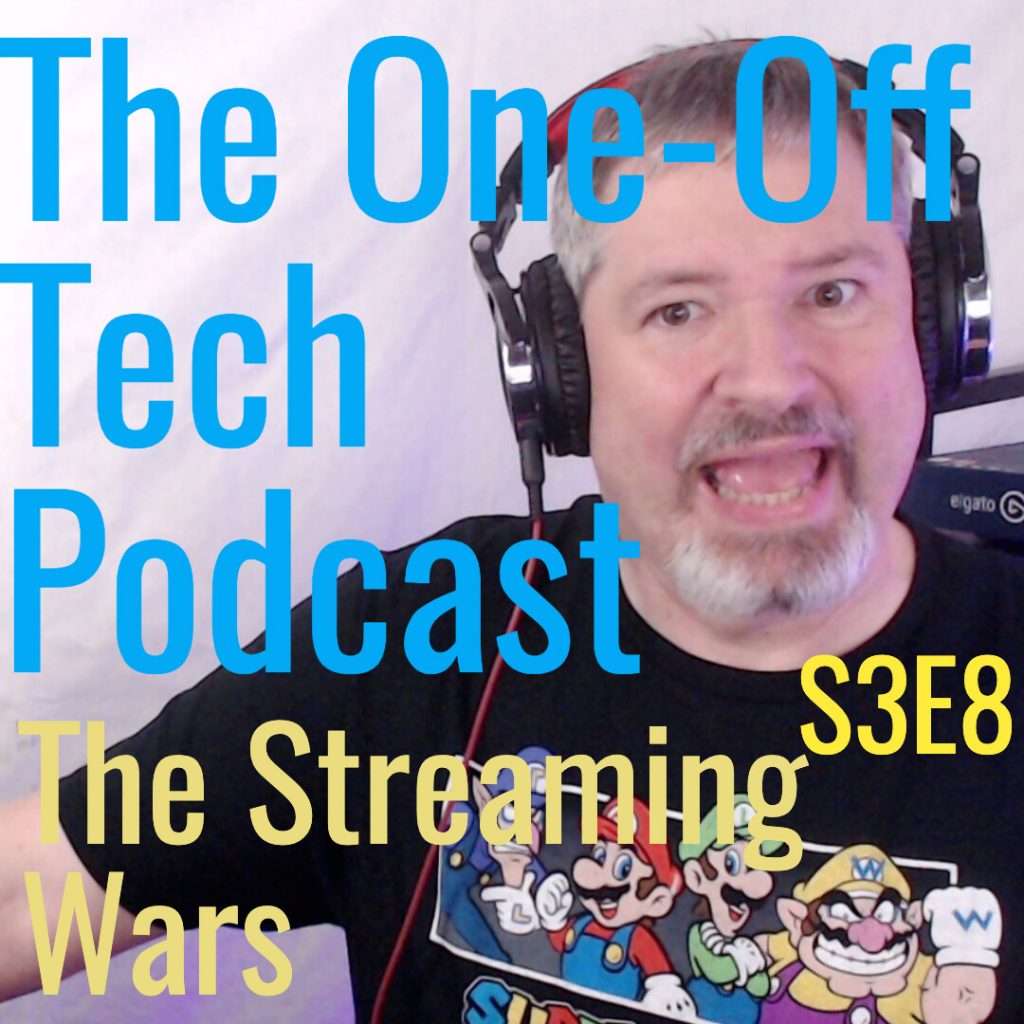 So there are so many different video streaming companies out there.

Roku and Google are fighting but there is more to it than just money though that is a prime factor for all. It is also about streaming technology and new technology that allows streaming companies to send the same video with less bandwidth. But this change would mean Roku has to make new streaming sticks and devices with the processors to support this technology. Roku wants the streaming companies to pay more. In case you didn’t know it, every streaming company pays Roku to be featured on the Roku streaming devices. Roku makes money every time a new streaming service comes out as they charge fees for that to land on their device as they are the device of choice for most folks. But the chip change would mean that current streaming sticks may not be able to play the next technology and would force Roku to abandon older devices a bit more quickly than planned. But Roku likes to play hardball with all of the folks who put “channels” on Roku streaming devices.

By the way the largest streaming services are Netflix with 204 Million, Prime Video (which is part of Amazon Prime membership but can be purchased separately so this number may be skewed a bit) has 150 Million subscribers, Spotify, while not a video streaming services has 144 million subscribers and Disney+ has nearly 100 million. (these numbers are based on Visual Capitalist.com which is my favorite statistical graphing site. They find cool stats and make pretty graphs of them. By the way, Apple TV+ has just over 10 million subscribers.

So years ago I gave up cable for streaming services. I was paying nearly $200 a month to not watch but four channels. I have had Netflix for years swapping from their DVD mailing service to their streaming service when it became a viable option. I tried out Hulu and it was okay for a while. Then I tried out some of the others. Then YouTubeTV offered me their service for $35 a month. Over time it has doubled in channels but it has also doubled in price. When it added the Viacom channels, is when it really doubled in costs. But after comparing YouTubeTV with Sling and Hulu, I really like the search capability and the recording capability of YouTube. For nearly $70 a month I can search for shows coming in the future and set them to record. I can also look for shows that have already aired and often find them available for immediate watching or coming soon and it will offer to record it for me. It keeps recordings for up to 8 months which is good because I record so much and forget to watch it. When there is nothing on, I will watch something I have recorded months earlier. At some point I am going to watch all three Godfather movies back to back. The fact that I couldn’t pause some shows on Sling and Hulu really made me crazy and because originally they had no recording features, I turned away from them. Oh and not being able to fast forward past commercials made me crazy. Now if you are watching a VOD show (usually something that aired previously and you missed it but you can still watch), you usually can’t fast forward past commercials. I do not like YouTubeTV’s really short trial period. It is hard to figure out you like something only by watching it for seven days. But YouTubeTV really gelled with my family. However, we are back to watching four channels and paying for 70+.

Now a point I want to make here. A long time ago consumers pushed back against cable companies that charged so much for and we watched so little. Consumers began asking for Cable companies to go Ala carte, meaning, pick and pay for just the channels you actually watch. But the companies that create these networks bundle the channels and prevent cable companies and now streaming providers from splitting them out to just what you want to watch. So we are stuck and while I once paid nearly $200 a month for cable and 100 meg of Internet, before that I paid $120 a month to a satellite provider and $45 for Internet.

Now I pay for YouTubeTV, Netflix, Disney+, HBO Max, AppleTV+ and Amazon Prime. While I purchased some of these as really great “deals” I am paying more than I did previously. And in some of these cases I bought them to watch one or two shows and now I am left wondering, got anything else?

Let’s look at the numbers:

AppleTV+ (so far free because I bought an Apple device) but it will run out in June.

Peacock (the free version so far)

So far I won’t miss HBO Max, AppleTV+, or Peacock if they go away. Disney+ thanks to Marvel shows has gotten a lot of my viewing time and well, The Madelorian. That show rocked. Netflix has basically shown me everything I wanted to watch and sometimes they sneak in a cool show, so I will keep it but I could scale it down if my older kids got their own Netflix. Just saying.

That leaves Amazon Prime. I probably buy an item a week at least from Amazon so the free shipping probably saves me as much as I spend if not more. That leaves YouTubeTV. If someone else could create an interface like their setup and allow more freedom when recording, I could change services but so far YouTubeTV has been my favorite.

As far as Roku and YouTubeTV, well In the end, Roku will win a minor victory so that it doesn’t look bad and saves face. But in the end it may mean price hikes for some of us.

Apple and the Epic Battle

So you may or may not know this but every time you buy an app or a subscription or a service in the Apple App Store, Apple gets a 30% cut. So Epic Games, makers of Fortnite and many other games you may know and maybe even love, is suing Apple. Why? Well, Epic didn’t want to pay the Apple costs and so it started selling credits on its website so that you didn’t have to buy them from Apple. Then you would login and see your credits in the App on iPhone iOS devices. Apple said this was in violation of their terms of service and threatened Epic with removal. Epic said so and Apple pulled Fortnite from the Apple App Store. Epic sued. And other developers are showing support for Epic. Many complained to Apple and Apple said, the store is part of our device and if you don’t want to be on the device, you don’t have to be in our store. Still others fussed because this 30% is rough on mom and pop apps by small development shops. So Apple said if you haven’t’ made at least a million on your app, we will only charge you 10%. Epic is claiming Apple is using its monopoly to strong arm developers. Google does the same thing but in the case of Android, while dangerous, you can side load (meaning you can use an alternate way to install apps that isn’t the Google Play store) but this is dangerous as there isn’t any quality control or virus protection that way. Not saying Google Play store is a safe place to download anything but they try. This case will probably go to the Supreme Court and it could set a dangerous or helpful precedent. It is too early for my vote on how this will go. Both parties have valid points. But I also think Apple is being really greedy. But Epic is also greedy and charges too much for their games perhaps. In the end, it is who is the less greedy, right? We’ll see.  Also the EU and the US Congress will put their two cents in. The EU is already saying Apple is abusing their monopoly power but locking down the ecosystem of Apple’s app store. Google is getting similar attacks and yes, some of this is self inflicted on both companies. So expect change here. But if history and governments have told us anything, it is hard to regulate what you don’t understand and in the end the consumer usually pays for bad laws.

This just in, Bill and Melinda Gates are getting a divorce. For profound reasons I am saddened by this. To me, no geek should be without a significant other. While Melinda is a techie as well, she isn’t the same level techie Bill Gates is and that is good, she is brilliant in many other areas and a geek needs someone to round them out. Our lives of all microchips and cool tech mean we look at the world a little dystopian so we need someone who isn’t thinking in ones and zeros 24/7. We don’t know the details but I am concerned about their foundation which while controversial in some ways has done a lot of good in others.

Next week’s episode will be about our Robot masters. Actually it will be about how tech, AI, machine learning, and robots are coming for our jobs and so we need to start thinking of retooling ourselves to be ready. There will be new jobs we have to do for skynet and we will have to be ready. Also from our not necessarily tech but related to jobs of the future, we will talk about Universal Basic Wage.

Here is the YouTube Live version of this Podcast. 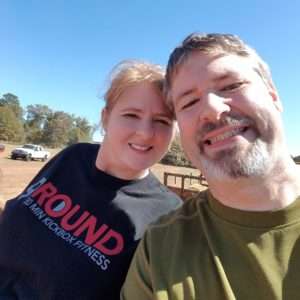 This is a very special episode that features my lovely wife, Donna. This is her first time on the program. We celebrate our 14th wedding anniversary May 31st. Both of us work in Information Technology so we share a passion for gadgets and technology and it is very much embedded into our lives and that of our kids. We talk about what it takes to keep things going with technology in a marriage or other coupling.

Also we talk about when we were featured in Computer World Valentines article about Geeks In Love. Donna and I along with other couples were featured about how we deal with technology issues.  You should read the whole article which was written by Tracy Mayor but here we are on page 3 of the article.

I hope you enjoy the show. #podcast

Here is a link to the study by Pew Internet Couples, Technology, and Social Media

If you want to say hi to my wife, she is here on Twitter though she isn’t very active.