Welcome to the modern age. Guess what? Nearly everything you buy has microchips in them. Your cell phone, you probably knew, your microwave, maybe even your electric toothbrush. But did you think about how many computer chips it takes for a modern car? Your average car has at least 25 chips and some cars have as many as 50. Electronic fuel injection, your dashboard with all of its digital readings, Bluetooth? How many of us love to hook our phones to our cars using Bluetooth? Not to mention all of the laptops and computers we rushed to get when the pandemic said you will work from home or attend school virtual. Today we talk about cashing in the chips, bad tracking, and wow, the Earth sure looks different from 37 years ago.

Ever heard of just in time manufacturing? It is the concept where you only order so much raw materials or parts for your manufacturing so you don’t get stuck if the product doesn’t sell. When the pandemic struck the auto industry sensed it was going to sell a lot less cars and cancelled orders. So the chip industry slowed down production and still others retooled. And as we all went remote, they started making everything they could for computers and mobile devices. So now the auto 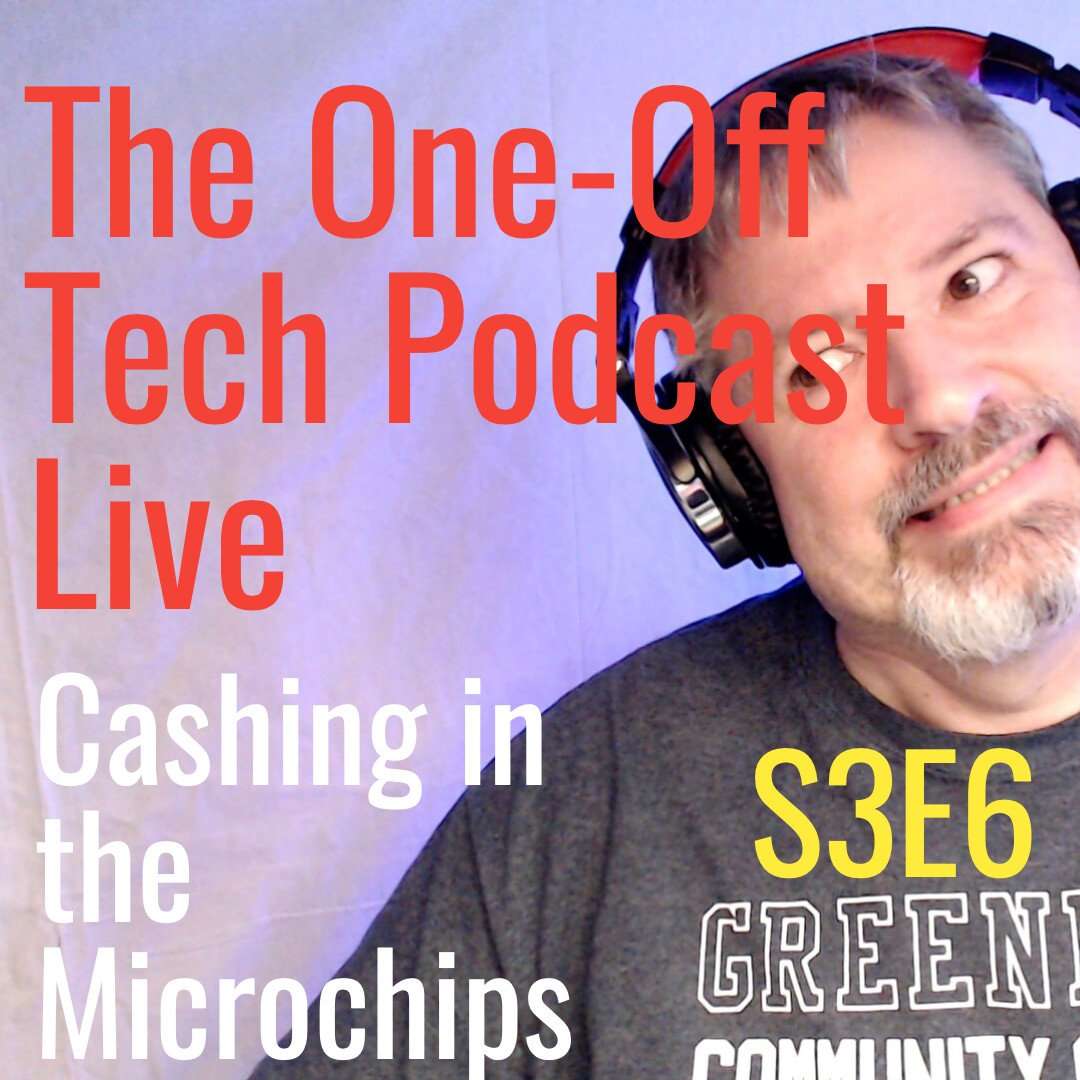 industry is having to close plants for periods of time because they can’t make cars without these chips and as the pandemic hasn’t quite gone away completely Computer and mobile device makers have snapped up remaining supplies.

The process of making these chips are highly specialized requiring robotics, automation, and extreme clean room environments. This means these chip companies can only make so much and the costs to build such facilities are billions (with a Big B) billions of dollars to build and they often take years to complete construction and testing before they can go full on production.

In the end this means our devices will start to cost more and orders of new cars will drag out. Truck production appears to be the hardest hit so far with the auto industry. It may take even longer to get your Tesla and your iPad. On top of this the laws of supply and demand say if you can’t buy that new vehicle you will go out looking for a used vehicle and guess what, where there is a shortage, prices will go up. The US Government is stepping in and trying to throw money at the problem but time is the enemy in this case and we will see things go up in price as the laws of supply and demand squeeze other industries. This is a story we will probably revisit.

I started using Google in 2001 or so. Before Google my search engine of choice was Alta Vista. If Digital Equipment Corporation had known what Google would become, it may have tried harder to do what it was doing with Alta Vista and if Compaq now HP hadn’t screwed it up, maybe just maybe.

But you see Google is the top dog in search 90% of all search traffic. Sure you can search on Bing and Yahoo and even DuckDuckGo (which isn’t bad and doesn’t spy on you). But if you want to find it on the internet, Google is king. And with that, Google knows everything about us based on our search. The number two search engine in the world, YouTube, but that is a story for another day.

So the internet giants have been getting slowly beat up by the EU for privacy concerns and Congress has sort of picked up the mantra though they are a bit tech challenged. Apple has pushed to say they are the king of privacy and admittedly they are pushing this harder than others for potentially selfish reasons but let us say they mean well. So the browsers out there, Safari, Firefox, Brave, and others have been beating the drums on third party tracking cookies that sites use to track you even when you aren’t on their site. Facebook and Google use these. You can actually be tracked by Facebook and not even have a Facebook account. On a previous episode we talked about what Google knows about you.

So Google has decided privacy is a real thing and to handle that, they are coming out with a new way of anonymously tracking us. Now that sounds good but the issue is this is the form of a new tracking method called FLoC Federated Learning of Cohorts (FLoC). This is basically kind of like a token and Google says, they will use it to lump your browsing with that of thousands of others and basically if your group of a thousand likes football and visits sports sites a lot, then Google will let advertisers know that your group likes football and sports. They supposedly won’t know its you (so they can’t build a digital profile of you) and Google gets to keep selling targeted ads. Yes, but since this is untested technology so to speak, we are the guinea pigs. Recently most of the non-Google Chrome browsers have said they are not going to support this technology. Does your privacy matter? Does it matter enough to get up on Chrome browser for other such as Edge.

Minor rant: I hate to say it but I like Edge. I have been anti-Microsoft in certain camps and I loathed Internet Explorer but Chromium based (the underpinnings Chrome uses but open sources so anyone can use them) version of Edge is pretty good. It is not quite as memory hungry as Google and Microsoft claims to be seeking ways to improve privacy. So is it time to switch browsers? It is time to abandon Chrome. The jury is still out. I will say on my Mac I am using Safari more and more. It is not as feature rich but it doesn’t eat my Mac’s lunch when I am trying to record videos.

And Google Search. Is it time to abandon Google Search? This is a tough call and I am not ready to let go. I don’t know why I can’t quit you.

So in happy Google news, my love for Google Maps is undying. This past week Google Maps announced they had partnered with NASA, the US Geological Society, the EU, and other groups and obtained access to use their aerial photos of many places around the world. Now thanks to this in some parts of the world you can set up to the last 37 years in time lapse and see how the world has changed and in some major cases see how areas have been affected by urban sprawl and climate change. Really cool stuff. I will post links in the show notes.