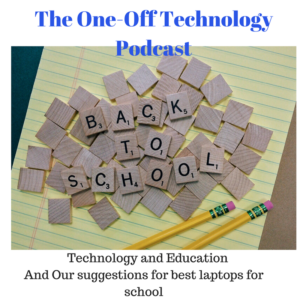 Technology in Education with Chromebooks vs Windows vs iPads in schools

Statistics (where we got our data)

More Stats: In 2013, Macs and iPads made up half of all technology purchases for schools K – 12.

Now in 2017, the tables have turned: Google has made a strong showing and now

That is why Microsoft and Apple both have come out with new products to try and compete.

Microsoft released the Surface Laptop running Windows 10 S. 10 S is a limited version of Windows that will only run apps from the Microsoft App Store, which means if your favorite browser is Chrome or Firefox, no dice. It is a walled garden with briars along the edges. And it isn’t cheap. Cheaper than a Surface Pro sure, but not cheaper than a Chromebook some of which sell for as low as $199.00.

Apple released a new low end iPad that sells for $329 to get back in the game.

K-12: I have to say if your school isn’t doing Chromebooks yet, it is just a matter of time. Yes, the new Surface might seem nice but it costs too much for your Elementary kids. May College kids but not K -12

This is one of my favorite Chromebooks, the Asus Flip Chromebook. The cover can fold down and you can use it as a tablet.

If you student is a History or English major, then this is probably an okay laptop for them. But pricey. Here is the Surface Laptop with Windows 10 S. Remember, you can only run or install what comes from the Microsoft store so that means no Chrome. However, they will gladly sell you an upgrade of the OS if this limitation bugs you. Along with the lack of games you might actually play in the Microsoft Store. You can’t study every hour, right? Don’t go with less than an i5 processor and 8 gig of RAM and 256 gig SSD. Less and your hard drive will fill up a week after you install Windows the first time.

I have never been an Acer fan but the reviews for this Windows laptop are really good. Acer Aspire E 15. It is for the midrange use area. Office, Web Surfing, Skype, Facebook if you must.

If you are an engineering student, then this is a slippery slope. First I recommend asking the Engineering department at your future college what laptops they recommend. They will often recommend Dell and Apple. I used to be a huge Dell fan but their support has left a lot to be desired. But it is a good solid laptop usually if you buy the right one. The Inspiron series is usually the plastic ones and the XPS series is the souped up ones. If you want a Gaming machine and you want a laptop then the Razor Blade Stealth 12.5 inch with 16 Gig of RAM and 512 Gig SSD hard drive. Pricey yes, but it will be fast.

My favorite laptop personally and the one the Engineering department of most schools recommend, is Apple MacBook Pro. If you need high end graphics you will have to get the 15 inch MacBook Pro but the middle range graphics of the 13 inch one will get you most places you want to go. I recommend regardless of what you buy, get an external monitor at least 22 to 24 inches wide to connect to it. This is true for the Windows notebooks as well. With the 13 inch, it is lighter and can go more places as it is a smaller form factor but the Retina display on the MacBook Pro rocks. Get i5, at least 8 gig of RAM, and at least 256 gig SSD hard drive. With a Mac unlike some you can’t fix anything if it breaks or if you want to upgrade it. It is as it is when you buy it. It is a downside but I recommend going to store.apple.com and scroll to the bottom and find certified refurbished.

This way you can buy a MacBook Pro for less and have enough money saved to add Apple Care so if anything does go wrong you are covered for three years.

Here is a link to TechRadar’s breakdown of what they think are the best laptops for students.

And PC World’s list. It is strange as it is made up of a lot of Chromebooks and I can tell you from experience, these will not work at College level. I wish they would.

I also recommend looking at The Wirecutter’s website for their picks. They do extensive testing before making recommendations so you can count on their reviews.

Here is a link to their pick for best laptops for every need.