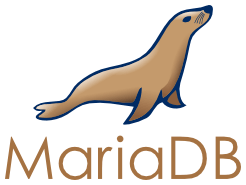 As evil empires begin realizing that the smaller companies and open source projects are eating their lunch, they begin buying things we have come to know and love. When Oracle bought Sun, which had sort of a weird relationship with OpenOffice, we were sure OpenOffice’s days were numbered. And they were. LibraOffice came out and then Oracle let OpenOffice go and Apache took over. So in that case things have gone okay-ish. But when Oracle bought MySQL, this was an outrage. So like OpenOffice, the project teams took their source code and went home. Recompiled everything as MariaDB and kept on developing. Now, if you want to buy support for MySQL, Oracle will gladly sell it to you. And they have made some improvements, but nothing so revolutionary that running MariaDB wouldn’t get you to the same spot in the road you are trying to reach.

There is no reason at all to use MySQL: Michael Widenius

With Red Hat 7, if you want to run a database, it offers MariaDB out of the box and not MySQL. Other open source Linux distros are following suit. The issue for us in the middle is that the LAMP stack and outside vendors are still saying, install MySQL, but that is going to get harder to do. Yes, I do want to run MariaDB and yes, I find it works just fine and does everything MySQL does and the new stuff is nice as well. But when you are paying vendors to support something say, Magento, they want MySQL. Don’t leave me stuck at the fork in the road.