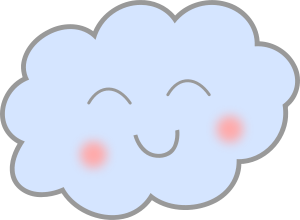 This article sadly makes a lot of sense, granted this author is describing a Windows centric world, but I have seen the tea leaves in other people’s cups (via Internet crowd sourcing) and they show me a world similar to this.

http://www.infoworld.com/d/microsoft-windows/theres-no-future-in-premises-it-its-time-move-the-cloud-238610?page=0,0
Granted I am expecting the great Security backlash of 2014 to come and kind of stifle this some but then security in the cloud becomes the next frontier.
I see phase 1 as we run something in house and we run a duplicate of it with a cloud service provider. VMWare is the prime example. The offer Cloud based SRM. So they run versions of all of our important VMs (as a service of course) in their cloud. In the event of a failure, we fail over to the cloud version (a little slower but since it has been in an asynchronous lock step with our data), they keep the business going. SAP (and other vendors running SAP) are offering cloud based SAP. I saw a demo of a product that allowed you to run a stand alone Microsoft SQL server here and replicate it to a cloud based Microsoft SQL server (Amazon Elastic Cloud). Again, in the event of a failure, you can fail over to the cloud.
Granted for this to affect everyone, Internet speeds have to increase and fiber has to become the norm rather than the “up and comer”. This is nearly a done deal in big cities but in smaller cities and municipalities, this is still in the works. And with most small cities with only one or two Internet providers, it is a challenge for competitive pricing or the market forces that would propel such companies to make the investment in fiber needed to really push this.
It looks like soon only our cloud providers will have true in-house IT departments.
Cloud, Cloud Computing, Databases, Future Predictions, Hosted, Information Technology, IT