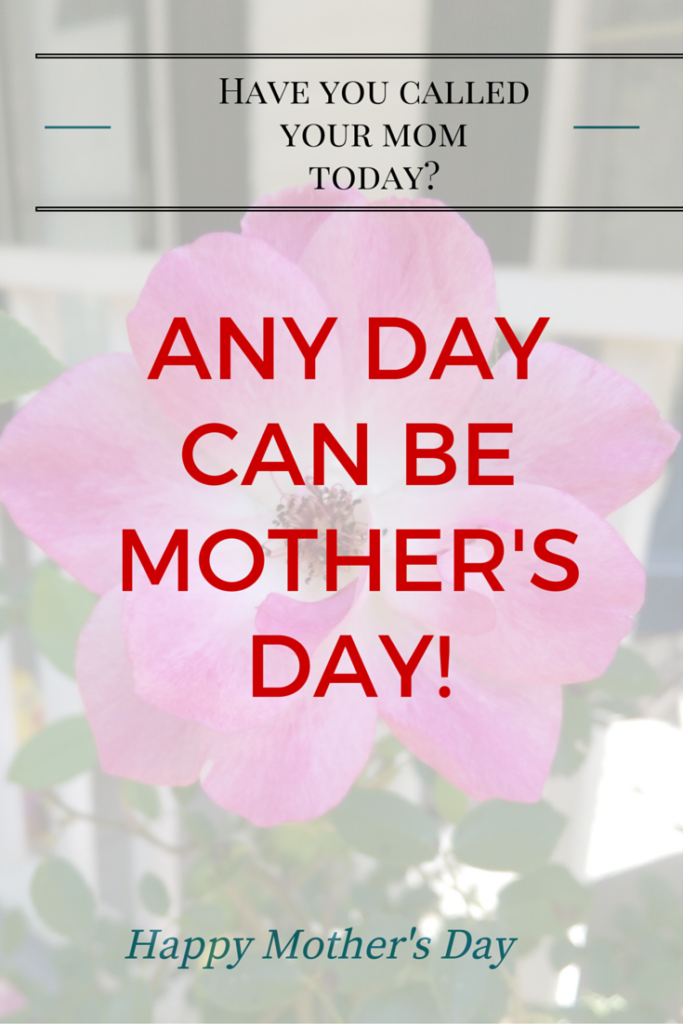 Guys and their moms are a complicated thing. Even when you are close to your mom, as a guy, it is way different than it is for women and their moms at least in the cliche stereotypical versions we are told. My wife called her mom almost every day. And while her mom was around, even if they didn’t say a lot in those talks, those talks in hindsight meant the world to my wife and I am sure they meant the world to her mom. My wife was the only one who didn’t live close to her mom of all her siblings. So whether out of some “Mom Guilt” or just because it seemed like the right thing to do, my wife called her mom and in some ways she was closer to her mom than most of her siblings.

Me? Well, my wife asks me, have you talked to your parents this week? “No, why?” “Don’t you think you ought to call them sometime?” “Well, I usually seem them every weekend. ”

And we do. My folks and I have a system. Okay, I have a system and they are a part of it. If I am not coming Sunday, I call them on Saturday to let them know. I usually know by Saturday if something is going to prevent us from coming Sunday. Maybe my wife has to work or I have to work (we both work in IT, Weekends happen). Or maybe the kids have something going on right during the time we would normally come and see them. And if we are coming, my folks fix lunch and while it is some of the most amazing food in the world, I would still come see them even if they didn’t feed me. I would, I swear. In fact sometimes I feel guilty that I am not bringing a pizza or cooking something to bring to their house or even just coming later in the day so they don’t even have to bother with cooking us anything. Which I probably should do.

But I find over a meal, it is easier to talk sometimes. How is so’n’so doing? Did you have a good week? Guess what the kids did this week? Guess what my oldest child is doing now? Granted, I don’t like to talk with my mouth full, and did I mention how great the food is, but everyone is around the table and we are all sitting down and for a moment we are able to see each other.

I know growing up even in my so-called adult years, I committed “sins” that are recorded in the annals of time and hopefully I have had provided enough grand kids to my parents to cover my major foibles. If not, well, we aren’t having any more kids. I have the best four kids in the world and why take chances that the fifth one won’t be as awesome. I am already ahead of the curve. I joke sometimes that my kids are my way of asking for forgiveness. That with each one I am granted a Papal Pardon. And because I am married to an amazing woman, she was my fifth Papal Pardon and if not a pardon, at least an indulgence, and we aren’t even Catholic.  Maybe my sins aren’t forgiven completely because they are on a sound track somewhere. But hey, in my defense, I didn’t turn out all that bad. Granted, Jesus will be who makes the final decision on whether that is true or not.

All this to say, I love my Mom. She is an amazing woman. She put up with a lot from me and my sister. She helped me through some rough times at key moments in my life. The Lord has blessed me in so many ways and having her as my mom is one of them. The quote that often goes around, “Insanity is Hereditary, you get it from your kids” is probably true. I probably made my mom crazy and time or two or thousands. But she wears insanity well after all, she is my mom and you would have to be crazy to want to be that.

And if your mother is around, grab the phone and call her.