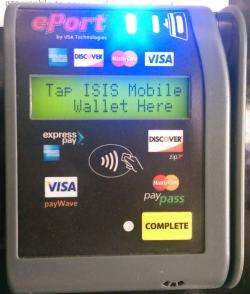 Updates After Apple’s Big Announcements: So a couple of updates, Apple decided on Apple Pay, the coverage of their Mobile payment system covers several banks, vendors, as well as the major credit cards, but my article is still right now about the other details. While I knew the Apple Watch might…more http://ow.ly/BjgND #Apple

With Japan embracing and advancing with mobile phones before the rest of the world caught on fire, they embraced mobile payment systems and tested out the many failed attempts at paying at stores and restaurants via your smart phone. Even so the US has struggled to embrace mobile payments. Tomorrow’s announcements from Apple will include their magic into the mix.

Google (Google Wallet), PayPal, and certainly many others have tried with different approaches to infiltrate this small but lucrative business. Android phones from HTC, LG, and most of the Nexus phones for example have had NFC (Near Field Communication chips for a while) but were all dressed up with no place to go. ISIS, (now known as Softcard) was Verizon, AT&T, and T-Mobile’s attempt to get into the business Visa (payWave), Master Card (paypass), American Express (express pay) and Discover (zip) have tried to push out with varying approaches. No one wanted to let go of any money and so no one could easily standardize on one way to do this. It is kind of like the days when you had to find what service ATMs used to see if your debit card would work.

Want to read about the state of mobile payment systems in 2011? Read this link: http://money.cnn.com/2011/01/19/technology/mobile_payments/

“But by 2014, it expects mobile payments to reach $633 billion annually, with 490 million customers using their phones to move cash around.”

While this has somewhat happened via Banking services with mobile apps to transfer money around and pay bills as well as sending emails to send out payments as well, the market that will make this take off will be NFC.

Hence Apple has been rumored to have worked out deals with Visa, Master Card, and other vendors to be ready to be the front end of this.

Every time you use your mobile device to pay for things, Visa or Master Card, or the others, get transaction fees that are a percentage of what you spent. Apple has probably worked out a way to ensure they get a small of this fee in exchange for making NFC cool, much like it did mobile phones, and muck like it did tablets computers. Apple has created niches and markets that did not previously exist. Think of what your phone was like before the iPhone came out? The Blackberry was about the only device that gave you some Internet access and it wasn’t a pleasant experience.

Apple will come out with iPay/iTap. You will be able to tap your phone on payment card swipers on vending machines and in stores and restaurants. You will no longer have to pull out your wallet at a lot of places (granted this will take time as Credit Card companies are rushing to put chips in their cards to improve security and the card scanners will have to be able to work with these chipped cards. Again, we are behind Europe which chipped their credit cards several years ago. We are slow to embrace security. But what if you can swipe your phone, the charge shows up on the screen for you to authorize, and it is done. Your credit and debit cards no longer have to leave your hands. That will take 2016 to 2017 to really become ubiquitous.

But how times have changed and you can do nearly anything with your smart phone. The next frontier that compared to Japan we are late to the party for, mobile payments. 2015 will be the year mobile payments catch on fire in the US.